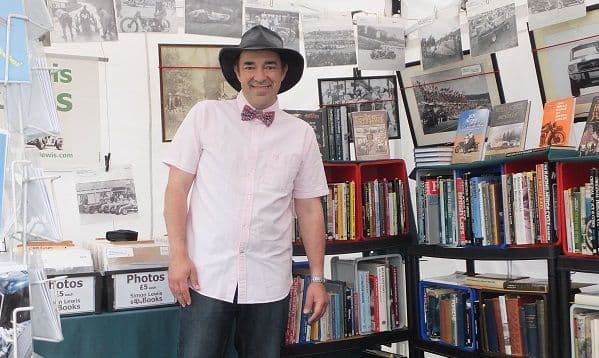 Where Can You See Us ? - We currently take a trade stand to almost every  PRESCOTT Hillclimb near Cheltenham in Gloucestershire, and SHELSLEY WALSH Hillclimb near Worcester during the season plus most of the VSCC vintage race meetings (Silverstone, Donington, Loton Park etc) and a few other events that fit the bill  Keep checking out home page for the latest event details.

Do We Buy Collections? - Yes, of course. We are always happy to hear from anyone wishing to sell collections of any size that contain items similar to what is listed on this site.

Who is SIMON LEWIS? 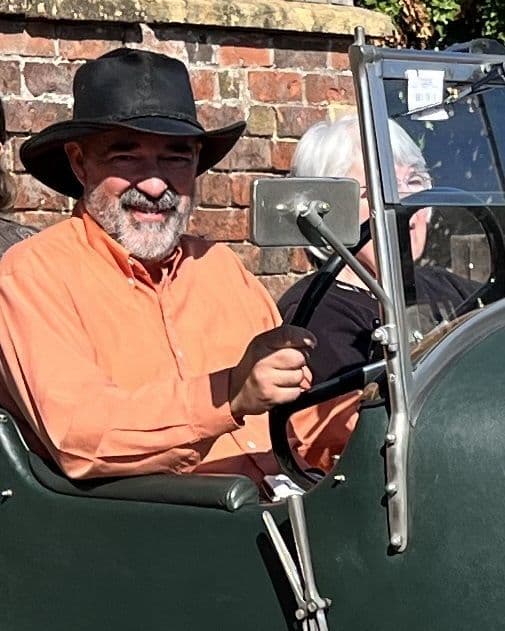 Born in 1967, Simon started the business aged just 18 and has "never had a proper job since" . A lifelong car-nut and motor sport fanatic, he combined his love of anything with wheels and an engine with being an avid reader and never looked back.

The business has supplied enthusiasts and collectors in over 30 countries around the globe and been featured in magazines from Finland to the USA.

From 1991 to 2001 the business ran from a secession of shops in Gloucestershire. With the rise of on-line commerce, and the inevitable drift towards eBay, it made more sense to 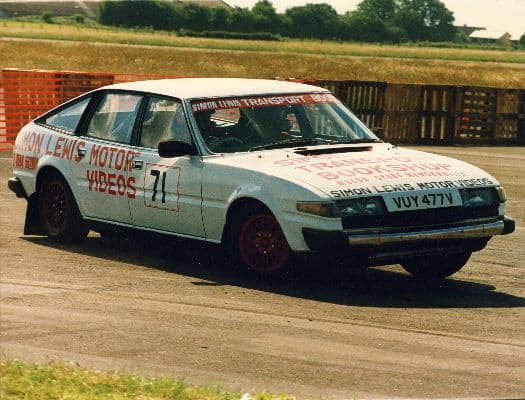 concentrate of mail order which had always provided the bulk of the business. Today the mail-order aspect is supplemented by a return to trading at race meetings, car shows and exhibitions, something that was a feature of the early years and which was interrupted by the opening of the shop and by Simon's own motor sport activities from 1991-2003.

The motor sport background includes four seasons of rallying (three with a couple of different Rover SD1s , the red one with a 4.5 litre V8 in the front, followed by a single season with a Ford Escort into which the same V8 was shoe-horned. That car was the subject of a feature in  RALLY SPORT magazine at the time.

After that he progressed to a seven year stint in circuit racing, during which he was a race winner and regular front runner in the CASTLE COMBE SALOON CAR SERIES with an MG Montego Turbo and later a Rover 220 Turbo (left). 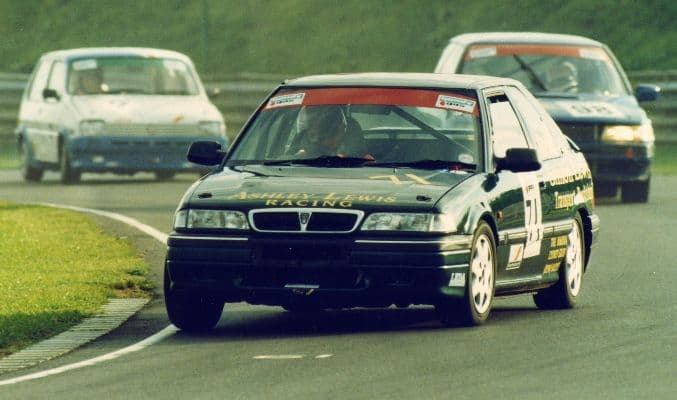 He also competed briefly in the MG Car Club series with a Montego and took part in a wide variety of other motor sport including hillclimbs, sprints, 4WD trials, autograss and even sand-racing(below) on Vazon beach in the channel islands while there on holiday (the organising club very kindly loaned him a car!) Other cars used over the years included a Kawasaki-engined single seater, Mazda 323 4x4 Turbo, Range Rover and Talbot Sunbeam. All except the sand-racer were prepared and run by his brother's company ASHLEY LEWIS RACING , Ashley being a wizard at extracting improbable performance from an enginer despite a very restricted budget! 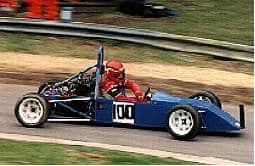 became suddenly deeply unreliable and garage-bound! In fact it never recovered was sold, partly restored and then re-engined and is now drag racing!

Another planned event was Oddicombe hillclimb in an MG Metro but that broke it's gearbox the day before...

After competing in the 2003 WYEDEAN FOREST RALLY aboard a Land Rover V8(right), Simon took a break while family, mortgage and the arrival of two daughters took priority - not intending that break to last 16 years!  But in 2019 he finally got back into competition , this time in a completely different branch of the sport, Car Trials with eldest daughter Charlotte as navigator in their Suzuki X90. Charlotte celebrated her 13th birthday while competing on the Lands End Trial (left. Photo: Ian Fitzgerald) in which they won a Bronze medal. 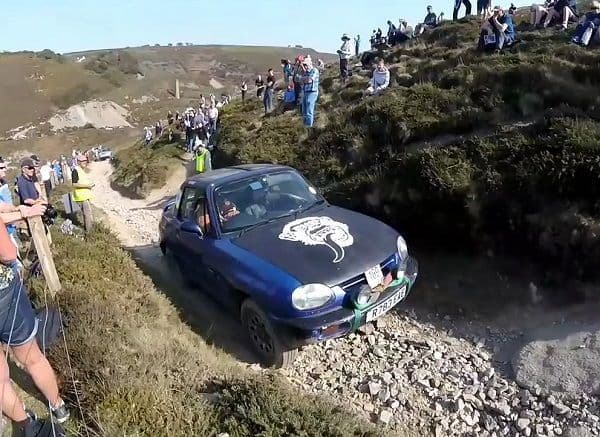 Since then the pairing have been regular competitors, claimed their first class-win in 2021 and gaining a Silver medal in the 2022 Land's End Trial.
More events are in the pipline.

Keep up to date on their progress by following the Simon Lewis Transport Books  blog .

Aside from competing in motor sport, Simon has also worked as a freelance motoring journalist and photographer in England, Wales, Italy and France with reports and features published in Britain, Europe and the USA as well as supplying photos for several dozen books. These come from his own work and from a huge archive of historic motoring images amassed over the past three decades.

Outside motor sport, Simon has written several film screenplays, a TV drama series, edited and published a children's story book, taught both his daughters to drive before they were teenagers and failed miserably in all efforts to learn the guitar...

Data / GDPR Our legal duty under the new-for-2018 regulations is to inform you of how we use any data gathered from your order or from questions and queries you may send us. We use data entirely to fulfill your order In all cases we will only share required contact data with encrypted credit/debit card processor WORLDPAY or PAYPAL, should you choose to pay by either method, and this is entirely to facilitate your order. In neither case do we see or retain any card details. We never share or send details to any other party except those legally required for accounting and taxation purposes. Any contact details/data we receive are treated as confidential and secured.