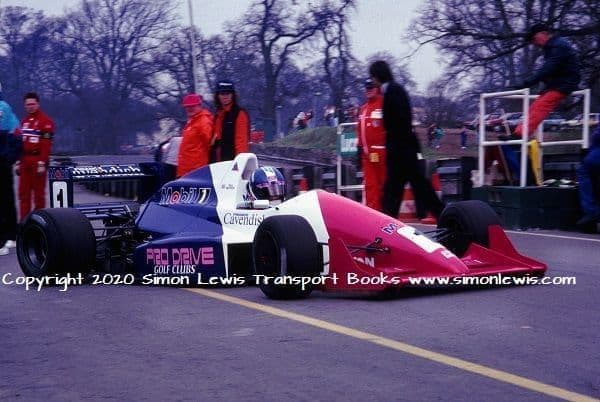 Back in the summer I was engaged in valuing a private library of motoring books for insurance purposes. This is a service we provide for collectors as well as organisations. It's often surprising how much monetary value can be contained on a few shelves of well-chosen books and so often the home-and-contents insurance has not been adjusted accordingly (have you valued your collection?).  To undertake this particular valuation, I had cause to pass through Hampshire on a glorious sunny day and saw the name Alresford on a road sign. That brought to mind a motor sporting connection. Long time F1 driver Derek Warwick hails from this picturesque little town and the family trailer manufacturing business (below) used to be based just off the main street. It wasn't much out of my way, so I drove through the town just for a quick look.

Warwick Trailers  moved out to new premises a few years ago and the original site is now a housing development, but one thought led to another, and I soon found myself parked at the railway station and walking to the ancient church yard nearby. There I stood by the grave of Derek's late brother, Paul, in the shade of the yew trees. It wasn't hard to locate, the anniversary of his tragic death at Oulton Park in 1991 had recently passed and the grave was adorned with tributes:   flowers , a laurel wreath, a hand-drawn portrait and a rather lovely poem.

It was rather moving. Motor sport has a long, sad history of burying its heroes at a young age. Paul was just 22.  I grew up on tales of heroic drivers who had paid the ultimate price and it brought to mind a favourite motor racing book of mine written by an American,  Robert Daley, in the early 1960s, a particularly deadly era in the sport's history. The title is THE CRUEL SPORT, a throwaway phrase attributed to Californian racing legend Dan Gurney as he walked sadly away from the scene of a fatal racing accident. It says everything.  I hasten to add the book itself is far more than a litany of tragedy and combines text and images in a truly inspired way to give a snapshot of Grand Prix racing at a moment in time from numerous perspectives. There isn't another work, even now, that evokes the real nature of the sport as effectively.

Looking at the grave it seemed impossible that Paul had been interred there for thirty-one years already. I first competed in motor sport that same season but although a couple of years younger than me, Paul was already a veteran by that point and looked on the verge of reaching the highest rung of the ladder, Formula One. His early teens had been spent in the rough-and-tumble world of stock car racing, an unusual background for a would-be Grand Prix driver, but then Derek had started the same way and their dad, Derry, along with his own brother, the legendary 'Uncle Stan' had been front runners in Superstox class in the early 1970s.  Both of the younger Warwick brothers won major titles when still teenagers and progressed to racing Formula Ford on ‘big’ circuits as soon as they were old enough to get licenses.

You needed a regular road-car driving license to apply for a racing one back in those days, unlike now. Paul was instantly fast and clocked up 17 wins in his first season, but things didn't work out as well as he moved up the rungs of the ladder, where money starts to shout more than just talk. After a couple of difficult years in the pressure-cooker environment of British F3, his career was on a dramatic upswing in 1991 when a mechanical failure pitched his Reynard off the road and into an unyielding bank while leading the fifth round of the British F3000 Championship.

It was only mid-season but by then he had not only won all four previous races but qualified on pole position and scored fastest lap in each case.  It was a rout. 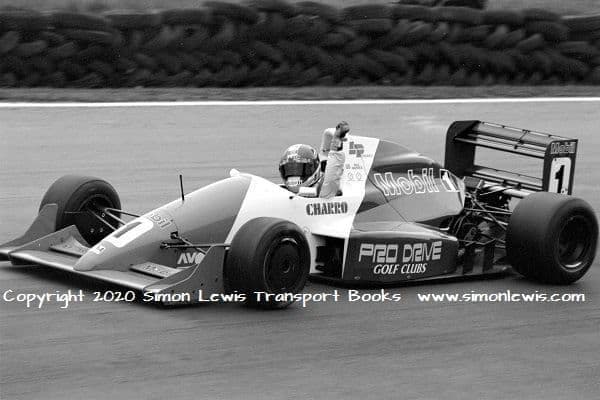 And this was British F3000 at the high-water mark with more competitive cars and drivers involved than it had seen before or would see again during its existence. By one of those savage ironies that seem to haunt motor racing at times, Paul's accident caused this particular race to be stopped and, with the usual rules applied, the result was declared from the positions on the previous lap. Paul was declared the winner. By the season's end he was still ahead in the points and declared posthumous champion.

Paul Warwick's accident sent shockwaves through the sport. Devastated by the loss of his younger brother, Derek set about leading a safety crusade. While he banged heads together and thumped tables in his efforts to update circuit safety, he inevitably clashed with those who held the purse strings. Like Jackie Stewart two decades before, Derek found himself unpopular in some quarters.  But racing drivers are a strange breed and as that tragic season progressed, Derek, driving  for TWR Jaguar in the World Sports Car Championship almost won the driver's world title. The following season, this time racing for the factory Peugeot team, he succeeded, became world champion and won the Le Mans 24 hours race in the process.  It was the pinnacle of his own motor racing career.

The victorious Warwick/Dalmas/Blundel Peugeot (No.1) chasing it's team mate at Le Mans in 1992

There are several podcasts available online in which Derek is interviewed about his career. He talks well, his Hampshire accent easy on the ear, his anecdotes amusing and vivid. But in each one you can hear the voice faltering as Paul is mentioned. On one in particular there is a long silence which emphasises better than any words how, 31 years on, the pain is still very close to the surface.

Derek Looks On As Paul Tests The Reyard Early 1991

In life Paul was quiet, thoughtful, shy and, someone once said, probably too nice to be a Formula One driver. But the sport is fickle, and some unlikely characters have risen to the very top. Sometimes a driver's true potential only emerges as they climb higher. More power, more speed and more grip draw out the qualities that were hidden in the less exacting lower formulas, as appeared to be the case with Paul. And vice versa. Many a Formula Three sensation has turned into an overlooked Formula One also-ran. Such unforeseen developments are among the primary fascinations, and frustrations of the sport. And there is always that chance, even now, three decades on, with safety standards in a different league to how they were in 1991, that it can all be over in a heartbeat.

*Happy to credit the photographer if known, or remove the image if they wish